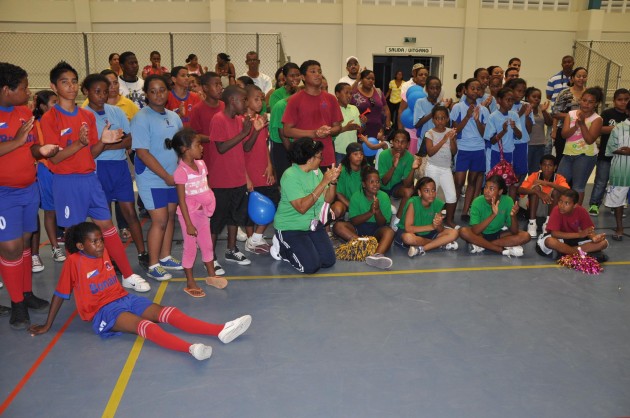 The tournament had the support of NORCECA Confederation as part of its development program across the continent for National Federations Category I and II.

In the boys’ event final match, Papa Cornes prevailed against Queen Beatrix in two sets but not before a tremendous battle that finished 26-24, 25-23.

Queen Beatrix School claimed the gold medal of the girls’ competition following a 25-14, 25-13 victory over Kristu Bon Wardado while Papa Cornes saw off San Luis Bertran for the bronze.

Darvick Antony and Elisabeth received the awards as Most Valuable Player of the boys and girls respectively.

The awarding ceremony was presided over by Mr. James Kroon, member of the Parliament and Mr. Jorge Nicholaas and Mrs. Ivy Antony who represented the Bonaire Volleyball Federation.

Guido Gortzen: I miss energy on the court