Tunisia organized a successful Referee Refresher course under supervision of the International Volleyball Governing Body "FIVB" March 24 to 31 in the capital Tunis. 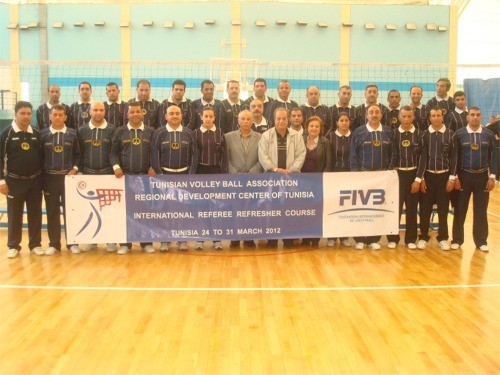 The course was instructed and conducted by CAVB Referee Commission President Hassan Ahmed who is also the secretary of the FIVB Referee commission and attended by 31 participants who showed great interest to use the course as way to improve their performance.

The opening and closure ceremony of the course was attended by The Tunisia volleyball President Munir Ben Slimane who is also the CAVB vice president as well as a lot of media including some journalists and the Tunisian TV.

ARG: Alfredo Contreras and his team Work at the development plan for the whole country