Japan's men’s national team looked ahead to the FIVB Volleyball World League and 17th Asian Games Incheon 2014 at a press conference on Tuesday. 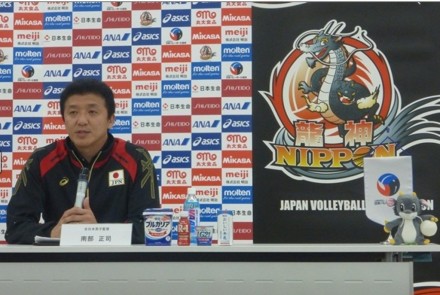 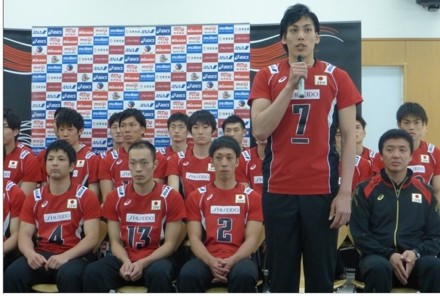 “We know that the situation of men’s volleyball in Japan is very severe. To compete against the world’s best teams on even terms, I want to make the team stronger as soon as possible.” said head coach Masashi Nambu.

Nambu has selected 12 players who are new to the national team.

“The youngest player of this team is Yuki Ishikawa, 19 years old. We also have other new players. So, I want to check their performance and use them in the games.”

During the press conference, Yu Koshikawa was announced as the new team captain:

“I had never imagined being the team’s captain. I’m very pleased to be the first captain of the new team.” said Koshikawa.

To kick off their 2014 season, Nambu’s team will gather at a training camp in Japan until Wednesday May 14, before leaving for Europe. Their tour of Europe includes a training camp with Australia in Italy and World League games in Germany, France and Argentina.

“Our goal for this year is to win the 17th Asian Games Incheon 2014. To prepare for that competition and win it, we will have training matches against European and South American teams,” said Nambu.

Is it left is it right? This referee must be drunk! (VIDEO)