THA: Tianjin wrap up Pool B in Thailand 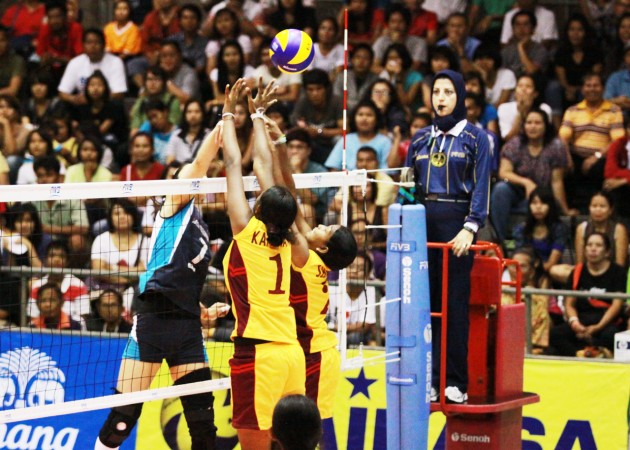 After sealing the opening two sets with ease, the Chinese outfit fielded several substitutions including Zhang Xiaoyu and LiYing in the third set.

With three straight wins over Kazakhstan’s Zhetyssu, San Barbara Polo & Racquet from Malaysia and S.L.B.F.E, Tianjin have already completed a clean sweep in Pool B to top the pool.

However, two losses in a row for S.L.B.F.E see the Sri Lankan side sink to the bottom of the group ahead of their third and final match against Zhetyssu on Wednesday.

Iran’s Gitipasand provided a stiff challenge for Toray Arrows in Pool A on Tuesday, but the Japanese side played consistently with excellent teamwork and amazing speed to continue their superb form, winning the thrilling encounter in straight sets (25-16, 25-17, 25-15) in 65 minutes.

Chang entertained their large home crowd in the third encounter of the day, packing out the The Mall Nakhon Ratchasima’s MCC Hall as they outclassed Vietnam’s VTV Binh Dien Long An 3-0 (25-16, 25-20, 25-17). The hosts could have finished the match earlier but a slew of unforced errors gifted the Vietnamese side six unanswered points.

“I think we won this match because we proved a class above our rivals. However, we can’t underestimate any rival in the near future. They can come much stronger at any time. Our young players also need time to develop their skill and form. We have to correct our mistakes from this match, especially in the first-ball reception and spikes. We next take on Gitipasand from Iran. I don’t think we will have a daunting task out there, but we will play carefully against them. I hope my team will beat them. However, we have to reduce our mistakes first.”