The 2013 CEV Volleyball Champions League – Men will turn into an absolute milestone right from its start: for the very first time since Europe’s most elitist competition was introduced some 12 years ago, the starting field will consist of 28 teams that will be representing a total of 15 countries. 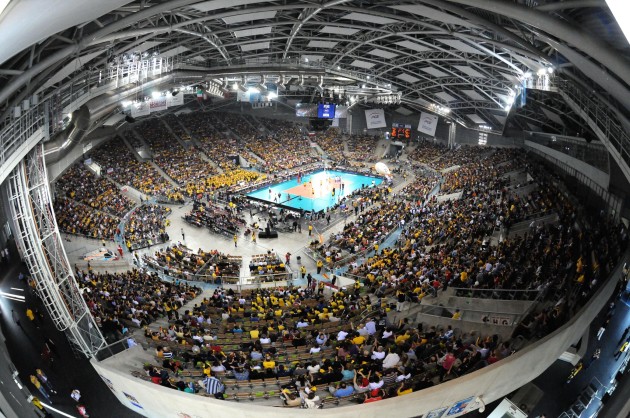 “There is a huge interest in joining our most prestigious club competition” says CEV President André Meyer, “and therefore we have decided to extend the right of participation to a total of 28 teams, thereby including some sides that will be debuting in the Champions League”.

“Even though Europe is still affected by the international financial crisis, still the CEV Volleyball Champions League remains a unique opportunity for many clubs to compete at the highest level, support their development and test out their likes against the top Volleyball players out there” adds Mr. Meyer. “This extension of the starting field testifies also our intention to broaden the horizons of the Champions League and bring this marvelous Volleyball party close to all of our fans. Moreover, our ultimate goal is to include, in the near future, a total of 32 teams in the starting field of the CEV Volleyball Champions League, still making sure that the unique quality which is the primary attribute of this competition is always guaranteed and safeguarded”.

As per the latest European Ranking List – which takes into consideration the results of the last three seasons preceding the one that was just completed this past April – and the files submitted by the various National Federations, the following clubs were retained for the starting field of the 2013 CEV Volleyball Champions League – Men:

Additionally, wild cards were assigned to the following clubs:

Together with last year’s champions, Russia’s Zenit KAZAN, all teams that made it to the final four held this past March in Lodz (Poland) are included in the starting field of the 2013 season where a few clubs – namely Marek Union-Ivkoni DUPNITSA, Tomis CONSTANTA and BERLIN Recycling Volleys – will be debuting in the event.

“We have assembled all of Europe’s strongest sides and we just can’t wait for the start of this campaign which will mark another great achievement for our sport in Europe” concludes CEV President André Meyer.