Sweden’s star Marcus Nilsson was the real man of the match on Sunday as he anchored the group to another win in straight sets (25-20, 26-24, and 25-12) over Luxembourg to advance to the second round of the 2013 CEV Volleyball European Championship – Men and play there this coming September the national teams of Germany, Slovenia and Ukraine. 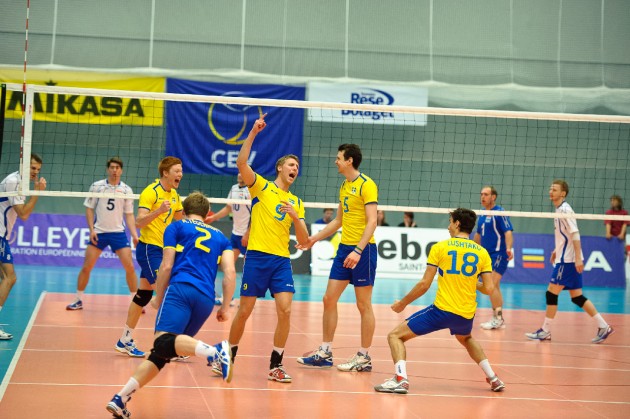 Marcus Nilsson flipped the score around in the second set as Luxembourg was setting the pace of the game, stepping up the quality of his play to take his side by the hand and go for the provisional 2:0, before Sweden dominated the scene in the third set.

“We had much fun today and it was just great to play in front of this home crowd” said Nilsson after the game. “We are not that used to play at home and hence started pretty nervously. I think we did play a good game today as Luxembourg also did” he added.

Head coach Johan Isacsson stated: “I am evidently pleased with the result of the game. That kind of matches always generate much pressure as you are obliged to win to make it to the next round. I am looking forward to our training sessions coming up this summer in order to get well ready for the next stage of the European Championship in September”.

Best players of the day were Nilsson for Sweden and setter Gilles Braas for Luxembourg.