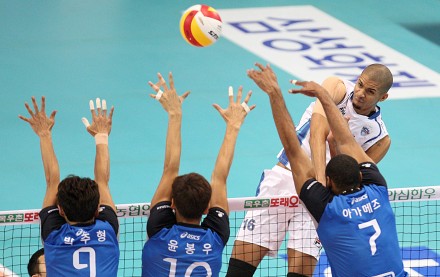 The team from Daejeon was led by Cuban receiver Leonardo Leyva Martinez who scored 33 points!

Another Cuban played had a great performance, the one in Woori. Oriol Camejo scored 15 points, but it was not close enough for his team even to threaten Blu Fangs.

After a fourth consecutive defeat, Woori is at the bottom of the V-League table, while Blu Fangs has two wins and one defeat.