The first matches in Pool D of World League 2015 have been played; France defeated South Korea while Japan was better than Czech Republic. 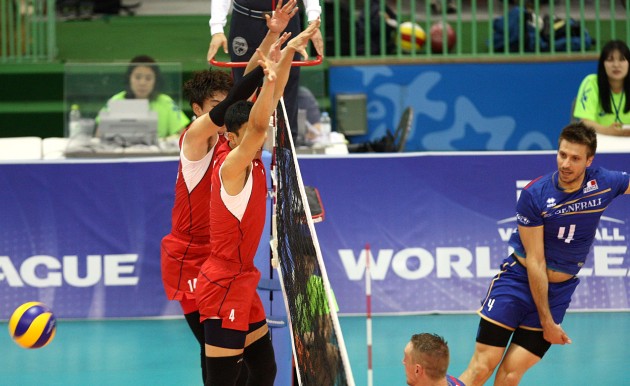 Both matches were finished in four sets and tomorrow they will play another one.

The first two sets were quite tight between Korea and France while in the second two the team of coach Laurent Tillie dominated.

Best scorer of the match was Antonin Rouzier with 21 points followed by Earvin Ngapeth 19. On the Korean side Myung-Geun Song scored 18 and Jae-Duck Seo 10.

Czech Republic won the first set and after that Japan took the play in its hands and in a good mood ended match on its side.

Kunihiro Shimizu and Yuki Ishikawa were top scorers of Japan  with 16 points each, while David Konecny scored 16 points and Petr Michalek 14 for Czech Republic.