Cuba, United States and hosts Mexico remained undefeated at the NORCECA U-19 Boy’s Continental Championship while action continued for the second day at Baja California High Performance Center in Tijuana on Tuesday. 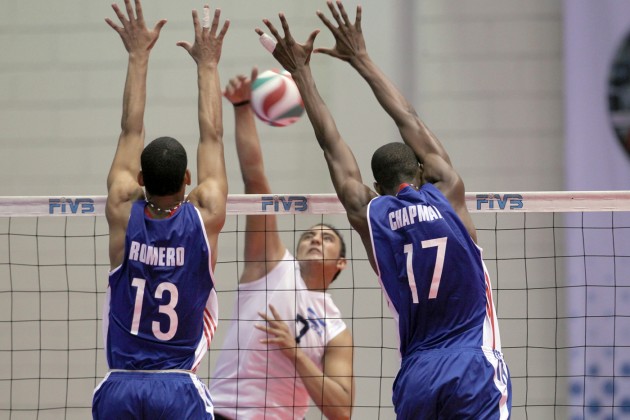 The top two ranked teams, besides hosts Mexico, at the conclusion of eight-team competition will be granted tickets to next year’s FIVB Boys’ Youth World Championship to be held in Tijuana and Mexicali.

Cuba defeated Nicaragua (1-1) in straight sets (25-14, 25-11, 25-8) to earn its second victory of Pool A. Santiago Uriarte topped Cuba with 13 tallies (with 6 aces), while Inover Romero converted 11. On the Nicaraguan side, Christopher Lee Lazo concluded with 6.

“This is our first international competition and can I feel we are reaching the level we want one step at a time”, Cuba’s captain Ricardo Calvo said.

Costa Rica evened its win-loss record at 1-1 in Pool A after brushing aside winless French Saint Martin 3-0 (25-9, 25-16, 25-16). Luis Diego Abarga became the top scorer of this match with 13 points, while Jafet García and Cesar Gomez each finished with 8. Kareem Brooks registered 8 for the defeated side.

“We faced a team with very talented young players with a lot of potential”, Costa Rica’s Captain Andres Araya said.

The United States clinched its second victory in Pool B by defeating winless U.S. Virgin Islands 3-0 (25-17, 25-11, 25-10). David Parker scored 12 points for USA, while Aseah Thomas finished with 7 for the US Virgin Islands team.

“I want to congratulate the US Virgin Islands for a great match, and it was also a great team effort from us”, American captain Christian Blough said.

“This was a very important match, we prepared well in the morning to play against a very tough team, a high level one, very tall”, Mexico’s captain Mauricio López said.