Marco Fenoglio is the new coach of Vivi Altotevere Volley. 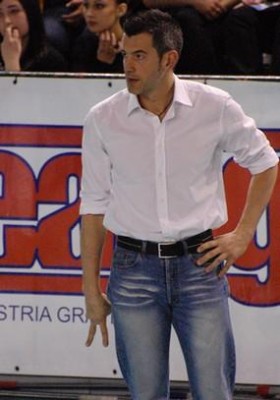 The news that circulated for several days became official today. Sporting director of the club from San Giustino, Andrea Sartoretti, has reached an agreement with fortytwo year old coach, who was on the bench of Monza during the last season.

“Mark is the coach we wanted”, said Andrea Sartoretti, “a coach who knows how to get the most out of the players, highly motivated, detail-oriented, and knows how to work with young people. Fenoglio is the right person to help the team grow.“