Finland scored on Thursday afternoon a second win – once again in straight sets – in the third round qualifier for the 2012 CEV Junior Volleyball European Championship thereby asserting its intention to claim the top of the charts at the end of the tree-day long tournament taking place in Saint-Jean d’Illac. 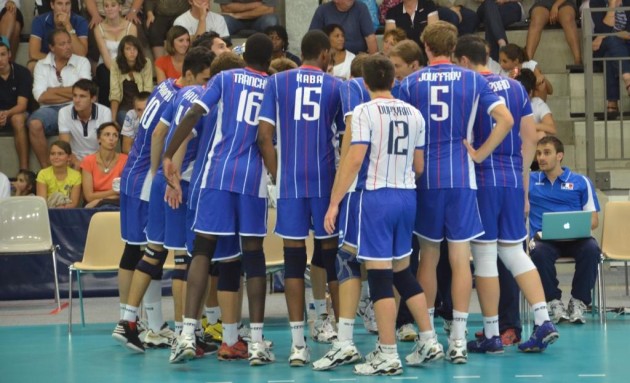 The “Suomis” edged Austria 3:0 but actually the first couple of sets were very close, ending in a 32-30 and 28-26 that testify the terrific battle that unfolded out there on the court.

After that, and probably tired after they had played five sets against France on Wednesday, the Austrians ran out of fuel and their errors paved the way for the final 3:0 sealed by Finland (25-17). Once again Niklas Seppänen paced the Finns with 17 points.

“After two matches everything looks just perfect for us” said head coach Pekka Lahtinen. “We need to take one set from our last match against France or Austria to win one set in their matchup with Ukraine to finish first in the group and qualify for the final round. Anyway, we do not want to make any calculations and will fight to win also the last game” he added. “The first two sets of this match were very close and we were a bit lucky to finally bring it home. In the third set the Austrians made things easy for us with their many mistakes, especially from behind the serving line” concluded the Finnish mentor whose guys will be playing France on Friday to round out the tournament at 7 pm local time.

The real sensation of the day resulted from the 0-3 defeat suffered by the hosts of France to their rivals from Ukraine (18-25, 20-25, and 21-25). Ukraine stormed out to a terrific 8:1 lead in the first set and dominated the scene there with their spikers. France stepped up a bit the quality of its play in the next two sets but Trévor Clevenot and his group were totally outclassed by their opponents in blocking as well as in attacking. “We caught a very bad start today and Ukraine profited of this to move to the front and win the game. It is a pity but my players did not do their job properly in order to win” said home mentor Jean-Manuel Leprovost, evidently upset by the result where the chances of France to make it to the final round look really diminished.