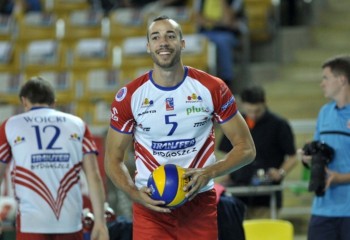 Benfica has announced the signing of Justin William Duff, a Canadian middle blocker with rich international experience. Duff played for Arkas in Turkey, then for Belogorie in Russia, he had a short episode in Indonesia, while he spent the last season in Poland wearing a shirt of Bydgoszcz.

“Benfica is a great club with amazing history. When I received an offer I did not hesitate. Lisbon is a beautiful city, I heard so much good things about Benfica and I am very happy that I joined such a club” said Duff for record.xl.pt.

Benfica has therefore continued with tradition of bringing Canadian players. Recall that Dustin Schneider defended colors of this team back in 2010/11, while a year later Olivier Faucher played for Lisbon powerhouse.

Have you ever watched Michal Kubiak playing as middle blocker (VIDEO)

RUS W: Kosheleva – “It was one of the worst defeats in my national team career”