It s officially confirmed. Matey Kaziysky will not participate in London 2012 Olympics. 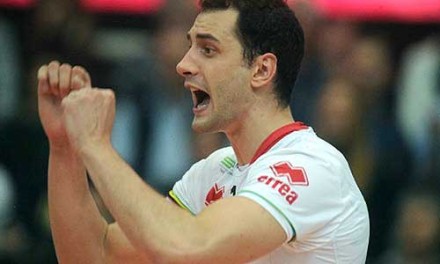 The coach of the national team Nayden Naydenov confirmed that Matey Kaziysky will not participate in this summer’s Olympics in London.

If you are wondering what is BG scandal just take a look what is happening at the Bulgarian Volleyball team. Afrer Radostin Stoychev quit his post of general coach of the team, Matey Kaziysky followed him.

This was not enough and the debate and the discussions continued on the TV. The fans started to protest and Mr. Lazarov (the the president of the Bulgarian Volleyball Federation) refused to quit.

The ex-coach Radostin Stoychev listed his reasons to leave the position:

It s not about my personal wishes, he said. Mr. Stoychev claims that the Bulgarian Volleyball Federation did not worked on strategic program for the BG volleyball, rules for the teams, championships and team presidents, organization of championships for students, B national team.

Now the idea of Mr. Lazarov is to approach the FIVB and if this happens Matey will not play for two years. As per rumor Matey Kaziyski is planning to play for the Italian National Team. In order to make this possible he has to be inactive for 2 years and must be granted Italian citizenship before he could officially play for the Italian team.

On other side, Kaziyski notified his decision, till those people are the leaders of the BG volleyball he will not play for Bulgaria, no matter who is the coach of the team.

The sad result – Bulgaria will be in London without the best player.

NORCECA M: Argentina and USA to play for Men’s Pan Am Cup title

GER M: Gunthor back to Friedrichshafen