“Our serve worked today, we came out against a team that despite their youth played like warriors and really hurt us,” said Puerto Rico’s captain Jetzabel del Valle, who combined 4 blocking points and 5 in attack (for a total of 9). 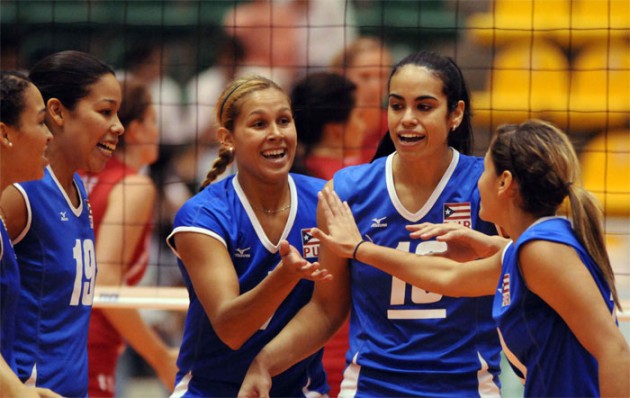 “We put in practice what we were doing but maybe the mental mistakes are something we haven’t adjusted at all”, mentioned Lorena Zuleta.

“I had not seen Colombia before, playing this way. They showed good attack in the first set and showed good individualities”, said Puerto Rico´s coach, David Alemán, whose team now is 2-3 at the Cup.

“I could say that instead of five matches we have held five practicing sessions, because this has been our best way to prepare this young team and sometimes the stamina in a team can determinate a good or a bad match. We spent a lot of energy against USA and not a lot today and it happens with many teams”, stated Mauro Marasciulo about Colombia.