GBR: Olympic gigantism is special in its own way

Gigantism: the Olympic Games are, at least in the perception of some observers, suffering the risk to turn into a monumental and majestic exhibition that quite inevitably has got its pros and cons. However, there is no way back from this as everything that is somehow connected with this unique show is naturally huge, gigantic and imposing. 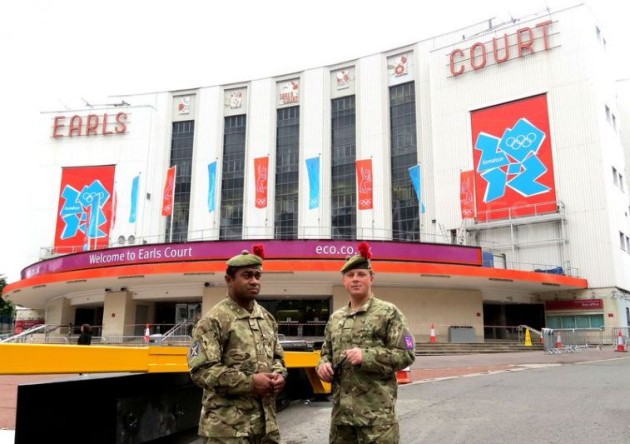 With a capacity of around 15’000 seats, long corridors and a magnificent media center that is located just nearby, Earls Court will open its doors this coming Saturday for the first round of Pool play of the women’s event. Volleyball is still not that popular in the United Kingdom but the local staff is confident that it will draw the attention of many fans. The Olympics are a unique opportunity to showcase the attributes of that sport to a worldwide audience and to make sure quite many youngsters will take up the challenge to get familiar with the ABC of this discipline after being fascinated and attracted by the actions of the finest Volleyball players out there. Journalists, TV stations, bloggers will have the duty and responsibility to help draw in the audience and especially all those who maybe do not know what Volleyball is about. So, if you take it from this perspective, that enormous scenario is somehow a must to generate that “wow effect” whereby photos, news, and stories relating to the Volleyball tournament may emerge out of fifteen days that will be packed with emotions and moments to remember.

Gigantism may cause problems but it does not have to stand as a synonym for inefficiency. And this is quite evident if you get the chance to visit the UDAC, the Uniform Distribution and Accreditation Center, i.e. the place where all officials, referees, umpires have been picking up the clothes they will be wearing in the next couple of weeks thereby contributing a true sense of unity and cohesion among all those that will be working for a smooth run of all operations. The UDAC is located not far away from the Olympic Park and there hundreds of smiling volunteers are guiding you around as you try out the outfits you will are supposed to wear being a member of the Olympic family. Even if they are visibly tired after a long day of work, they still keep going as they ask their guests for some background information, just to figure out what they will be responsible for in the next couple of weeks. As you go through the various steps of the procedure worked out for the delivery of the official uniforms, before you get to cross your way with the next volunteer, his colleague does not let you move on without expressing his wish for you to enjoy excellent Games. So, even though the queue is long, the heat is causing some fatigue and everything looks just too big, or better said gigantic, it still has its reason for being this way. The Olympics are coming up only every four years and in this sense, you may like it or not, they are anyway special.

The Volleyball and Beach Volleyball players who got the right to compete here in London are also giants, in their own way. Real giants, literally said, because they are among the tallest athletes that will be walking around in the Olympic village, or simply because they will be showing their amazing technical and physical skills whereby they hope to crown their dream for Olympic, immortal glory. On Wednesday the 12 women’s sides – including four from Europe – that will be opening the Volleyball tournament this coming Saturday will practice for the first time at Earls Court. They will be most probably impressed by that gigantic venue and by the gigantism of everything that surrounds their Olympic debut: something that you nevertheless shall be able to stand and get along with once every four years or maybe once in a lifetime.

FRA M: FFVB officially announced that Avignon will play in the Ligue AM