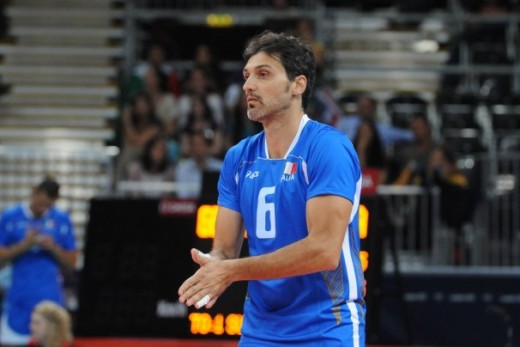 The oldest in this group Samuele Papi (39 years) participated in four Olympics and four times he came home with a medal – from Sydney and London he brought a bronze, and Atlanta and Athens silver.

When asked about career plans for the future, with a smile on his face said. “Maybe next year we will meet in the “mixed zone” and then I will perform in the role of commentator.”

Brazilians – Giba, Ricardo and Sergio went to London for the gold, they returned with the silver. “I am happy that I was part of this special group for so many years, I worked with a great coach. As in the past we are still in the lead” Giba concluded.

The happiest among the “veterans” returned home, Sergey Tetyukhin, gold medalist at the Olympics in London.  He was a true leader in London. In difficult moments, he took responsibility for the team. “I played five times at the Olympics. Four times we had a team that could win the tournament. Finally we made it. I think that I would not be here yet … I wanted to part with tem earlier. Now I can safely do so” happy Tetyukhin commented.

The Story of Misty May-Treanor and Kerri...