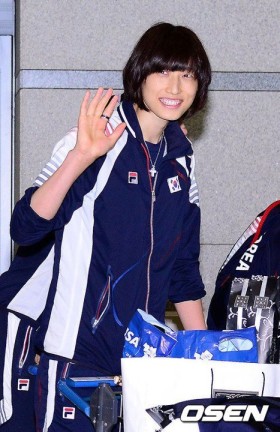 They played a superb opening match versus USA on day 1 of the tournament. Despite losing in 4 sets, Kim proved how lethal she could get and the match also showed how her teammates have improved within the last 4 years. They defeated Brazil in straight sets which made headlines all over the volley world. Played 5 set matches against China and Turkey and won against the struggling Serbians.

The highlight of Korea’s Olympic journey would have to be defeating Olympic favorite, Italy, in the Quarterfinal Round. Kim and Team played an amazing match after losing the first set.

Even if they lost their semifinal match to eventual silver medalist USA and also the bronze medal match against Japan, Korea’s trip to London made history in the hearts of their fans.

4th isn’t bad at all to go with Kim Yeon Koung’s MVP Award.

With this achievement, the Korean squad was welcomed by their fans, loved ones and Korean volleyball dignitaries when they returned home.