The 2102 AVC Eastern Zonal Women’s Volleyball Championship is scheduled to be held from August 26 to 30 in Beijing, China. 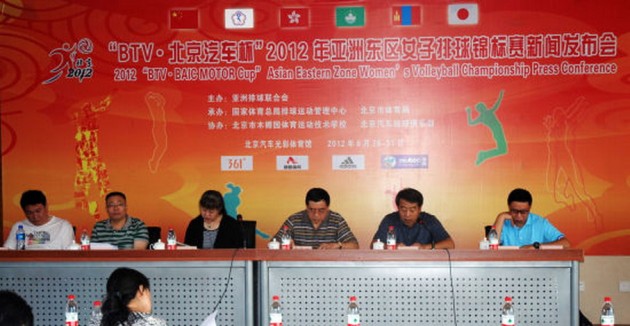 Six teams from Japan, Chinese Taipei, Hong Kong, Macao, Mongolia and the host country, China, are participating in the event.

Cai Yi, Zonal Executive Vice President of AVC Eastern Zone, said in a press briefing that the competition will consist of single round-robin tournament. Three matches will be played each day.

Cai said that the Championship provides an excellent opportunity for teams from the AVC Eastern Zone to display their talents. He expressed his wish that the players not only do all they can to achieve good results, but also learn from each other so as to make contributions to the development of volleyball in the AVC Eastern Zone.

The schedule of the competition is as follows (all times are local times):