In recent days, one of the best volleyball coaches in the world, Giovanni Guidetti (VakıfBank İstanbul and the Netherlands Women’s National Team), stated that the “screening“ rule should be respected by the referees. And this was not the first time he highlighted some situations that happened during a volleyball game and for which are up to the referees to decide whether they are according to the rules of volleyball or not. 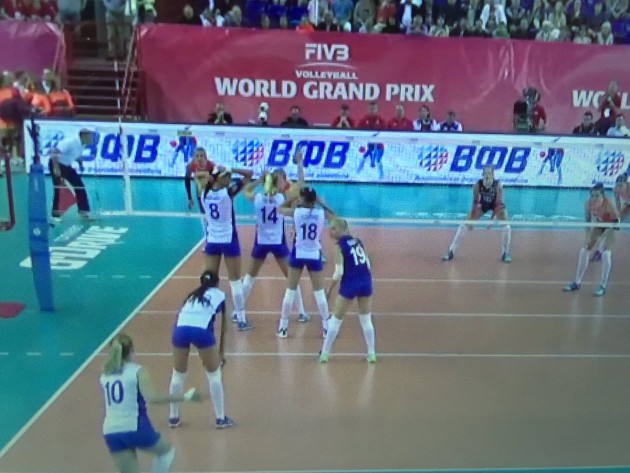 The “screening“ rule in volleyball means that the volleyball players in positions 2, 3 and 4 (close to the net) from a team that is to make a starting action (a serve) interfere with their bodies or their hands and prevent the opponent’s receivers to have a clear view on the server. Thus, the receivers of the opposing team have less time to react because they see the ball coming too late. The team that serves increases its chances to push the opponent’s reception away from the net and organizes the defense much easier.

There are many clubs that use this type of organization of their play as a part of their tactic against some opponents. It can be clearly seen during games when front row players move to the left or to the right according to the predefined tactic which of the opponent’s receivers they want to distract.

On the other hand, for some time already, volleyball referees do not pay so much attention to this rule. The reason remains unknown since it also happens to the referees that are highly experienced. Undoubtedly, it is quite certain they know this rule. Could it be that the game would be stopped too many times if this rule is going to be applied strictly? If yes, the clubs would then change their tactic and exclude this tactic as an option.

Here is an invitation to the FIVB to do something about this rule: 1. It has to be respected and applied 100% in any game by any referee or 2. It has to be changed/removed during the next FIVB Congress. Because the rules are the most important part of our game and should be respected. It all starts with that.

Official volleyball rules PART 3: The referee within this framework

It should be removed.

It should be respected