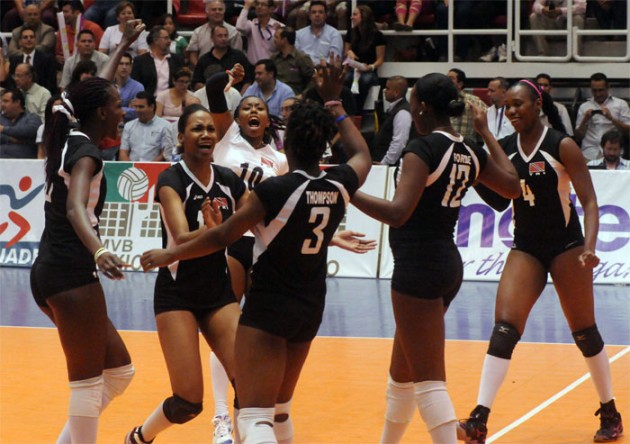 In addition to Trinidad & Tobago, ranked 8th in NORCECA, hosts Suriname (16th), Bahamas (18th) and the non-ranked Guadeloupe and Bahamas are the other teams involved in the four-team round-robin series to be contested at the Ismay van Wilgen Sports Hall.

At the end of the round-robin series, the top two teams will meet in the final and the third and fourth place team battle for bronze after which the top three teams will advance to next year’s second round of qualifiers.

The women’s qualifying series in Suriname is the penultimate women’s first round group of the eight groups of qualifiers to be played with only Pool E (Jamaica, Barbados, Aruba, Cayman Islands) carded for November in Jamaica left to be completed.

Cruz said his team had no option but to win the tournament in his view.

“We need to obtain the top spot in the group because for me it’s our only option”, Cruz stated.

“I say this because we have the best players in the Caribbean region and the best team overall.”

De Lag first pointed out his team was without four of its players who were part of the team which competed at the recent Caribbean Championship in St Croix, US Virgin Islands for various reasons.

“Because of this I don’t have a strong team as I would have liked and now I told my players they have to work much harder for every point and set to try and win to be among the top three teams to qualify”, he said.

Smith said, “Even though our team is short-handed with only ten players we came here with the aim to qualify. We know we don’t need to be champions of the group to qualify but just be among the top three teams. We have added a few new faces to the team and we know it is going to be tough but we have to play hard and represent our country against all the teams which we know well.”

Aikman was quick to note his team was a relatively youthful one with the youngest player being 14 years and the oldest at 26.

“Despite its youth I must say I believe it’s a good team if you want to compare it to the 2010 team which finished second to T&T in the Caribbean Championships here in Suriname. The core of this team comprises most of the players from 2010 so we have a good mixture of youth and experience and I am confident that we have a great chance to be among the top three teams to qualify from the group.”