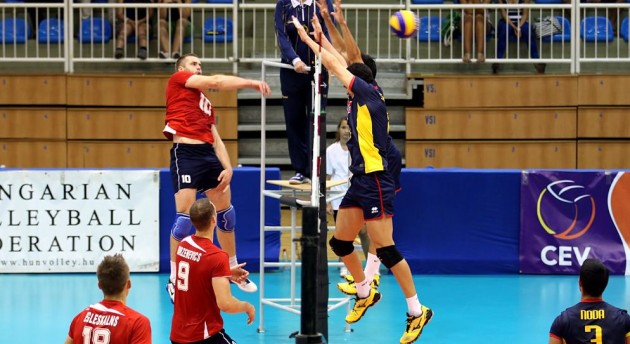 Latvia opened by claiming the first set (25-18) and even though the score remained close for most of the time, Spain could go for the provisional 1:1 after 29 minutes of intense play.

Spain stretched that good momentum also to set 3 (25-22) going up 2:1 in sets but anchored by Lauris Iecelnieks and Ansis Medenis, Latvia fought their way back and by exploiting some mistakes by Spain, could go for the 2:2.

Latvia eventually dominated the deciding tie-break (15-8) and could finalize a splendid comeback to claim a victory only a few could have reckoned with.