They all left a huge mark in volleyball history. However, these clubs are not active anymore. Do you remember them? 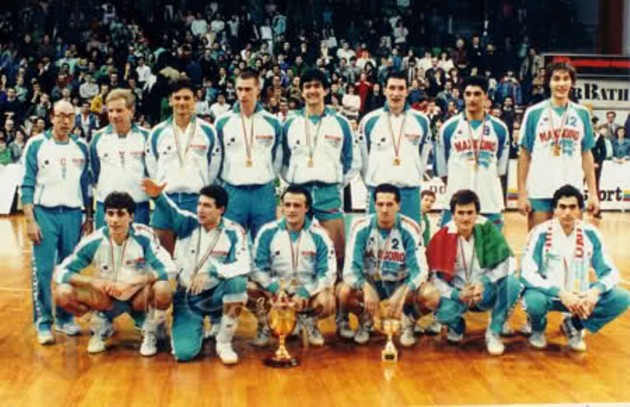 Story: One more Italian club which managed to win all 3 major CEV trophies! Pallavolo Parma had a 50-year long volleyball history during which they have collected many, many trophies. They were especially good in the middle of the 80s, when they won 2 consecutive CEV Champions League titles, and at the beginning of the 90s when they claimed 3 Serie A titles.

Story: Today, we all know this club by its football section, which is one of the best teams in Poland. But, many people do not know that Legia Warsaw had a very good volleyball team back in the past.

Actually, Legia Warsaw are holding the 2nd place at the All-Time List of Polish Championship Winners! They won 8 national titles, while only AZS-AWF Warszawa are more successful with 14 trophies.

However, in 2005 the club ceased to exist as Legia Warsaw. They changed the name to Association of Physical Culture “Group 1916” and continued to compete in the lower ranks of the Polish League System.

Story: You probably did not expect to see this name on the list, but Real Madrid, as one of the most famous sport clubs in the world, also used to have a volleyball section. And, a very good one by the way.

Real Madrid share the 2nd place at the All-Time Spanish Championship Winners List together with Son Amar Palma. Both teams had won 7 titles each, while the top spot belongs to Unicaja Almeria with 11 titles. Also, Real Madrid is the club with most Spanish Cup trophies – 12.

The Spanish giant left the volleyball world in style, as they won a domestic double-crown in 1982/83 season, just before they got shut down in the summer of 1983.