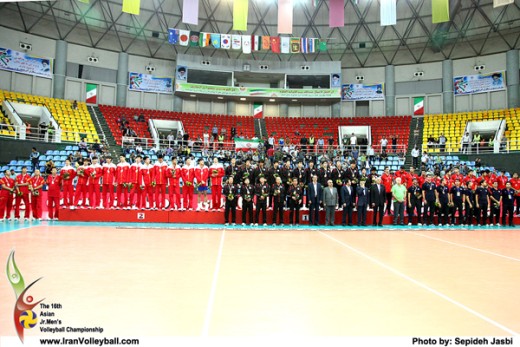 The Japanese juniors played eight matches in the 16th Asian championship and won seven of them 3-0 and one of them by 3-2 (against India in semifinal).

The juniors of China finished second for the third time. China has three gold medals and five bronze medals in their record log.

In previous series of Asian Championship, Iran snatched gold medals for four times, and two vice-championships as well. India has two silver medals and three bronzes in their background record.