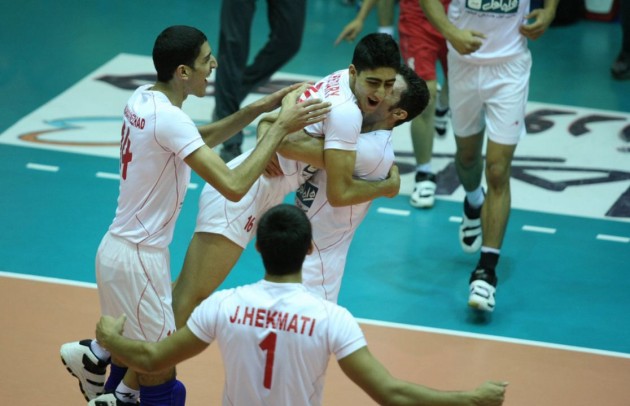 In the third set, both teams fought for every point and the scores were level in 9-9 and 15-15. Then Iran went ahead 20-16. Head coach of Japan asked for time out. It worked well and Japan team got the set by25-23. Iran did not give up and won the fourth set, forcing the match into the fifth set.

With good block and reception Iran jumped to a 8-2 lead. Then Japan made two errors in spiking and Iran extended the gap to 12-3. By 15-5 Iran got set and the match.

Head coach of Japan Honda Hiroshi said: “In last set our players did not feel well. Iran team was good. They served good and strong services while our physical energy was down.”

Iraj Mozzafari, head coach of Iran, said: “First of all I must thankful all my players and my assistant coaches Lahoot and Nouri. They helped me much. Our service was good. We had several pretty double block over the net. Japan team was doing good. But our good service and sound block caused their loss.”

CEV CUP M: Schelde-Natie Precura ANTWERP makes it to next round after real drama ending at golden set