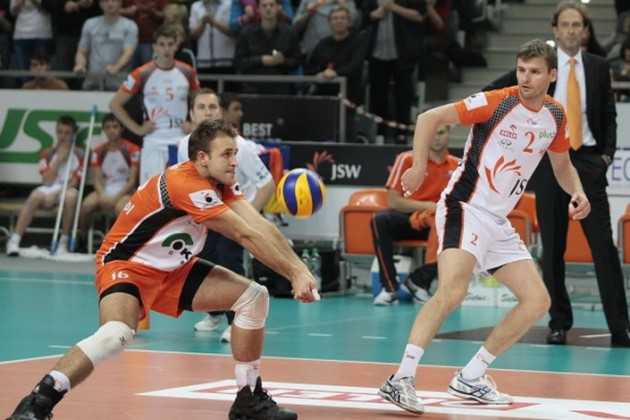 The hosts in the first set gained a huge advantage. Wkret-met volleyball players had problems with the adoption of servis, and Jastrzębski block function well.

The second set was aligned to the state of 9:9. Then dominated by the visitors.

In the next set Jastrzebski Wegiel gained an advantage. Block was effective, Michal Lasko played very well. The hosts led 14:7, guests had problems on the wings. Damian Wojtaszek due to renewed injury replaced Michal Kubiak as the libero.

In the fourth set to the 9:9 status fought point for point. Czestochowa team was more effective in block. They led 18:14 and equalized the match.

The tie break was aligned to the state of the game 7:7. With Holmes developed an advantage, which hosts have retained to the end.