The one-time Polish men’s volleyball Championship and Cup winners Jastrzębski Węgiel announced that, in the coming season, Luke Reynolds will be their head coach. 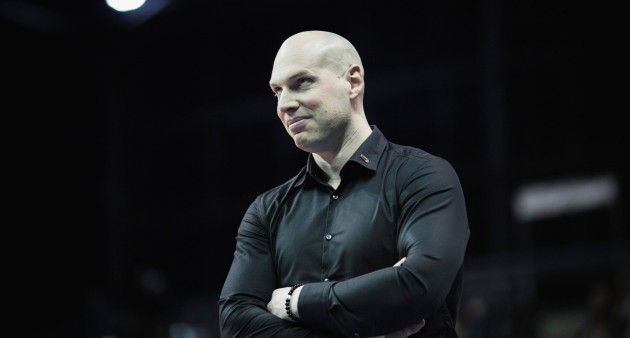 A 34-year-old Reynolds will be the new head coach of Jastrzębski.

Australian has been a member of the coaching staff of the Jastrzębie Zdrój team last season but also in 2016/17. During his first staying, Reynolds performed the role of the physical preparation coach. He started the last season as an assistant coach to Roberto Santilli. When Jastrzębski parted ways with Italian expert, Reynolds provisionally took the role of the head coach, commanding the team in three games. After that, he was returned to being an assistant coach, this time to Serbian Slobodan Kovač.

The time of Reynolds, who also acts as an assistant coach in the Australian Men’s National Team, as the head coach of Jastrzębski has now finally come.

Interesting trend, that some coaches who specialised on physical training, some who never played volleyball on top level, became pretty successful volleyball coaches. It can be observed in some menś and women teams. It reflects a situation that volleyball has become a very physical sport. Even the world champion country, which in past had taught others, needs coaches from abroad who come into this category.

Many Strength and Conditioning Coaches/Scoutman are trying to get into coaching. Due to their lack of experience and knowledge, at first, they take a major pay cut in comparison to actual volleyball coaches. Currently, coaching jobs are paying very little, even in the top leagues, and some of the experienced coaches are not taking jobs for 25.000-40.000 EUR, knowing that demands are just as high as before when they were making double of this salary. Unfortunately, club leaderships see coaches as a disposable matter and therefore keep dropping salaries because there are candidates that will take these jobs. I am not here to judge, just to describe some of the dynamics around this profession.

All this because volleyball is not e real professional sport and many clubs are managed with people with (almost) zero experience and knowledge in volleyball. And they manage money from state companies or government directly. Do not expect that that people will think differently. That is why volleyball will never move to another level and will always have some small “make up” in the future