Stal Nysa staged a huge upset in Round 20 of the 2020/21 Polish Men’s Volleyball Championship. 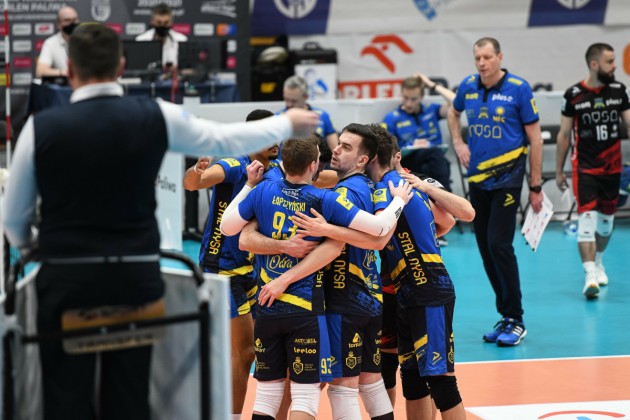 Three points scored against the vice-leaders brought the team coached by Krzysztof Stelmach closer to securing their survival in the competition. This was the first duel between these two sides since 2005, given that Stal hasn’t been a member of the Polish men’s club elite since then. Tunisian Wassim Ben Tara top-scored the winning side with 20 points, while Łukasz Łapszyński made 4 blocks.

In the encounter filled with emotions, Trefl Gdańsk prevailed over PGE Skra Bełchatów in four sets. For the first time ever in the Polish men’s top division, Mariusz Wlazły played against Skra, his former team for which he competed for 17 years. Before the match, a very nice ceremony took place – officials of the club from Bełchatów handed gifts to Wlazły, while his jersey No. 2 was raised under the roof of the Skra hall and will be retired from now on.