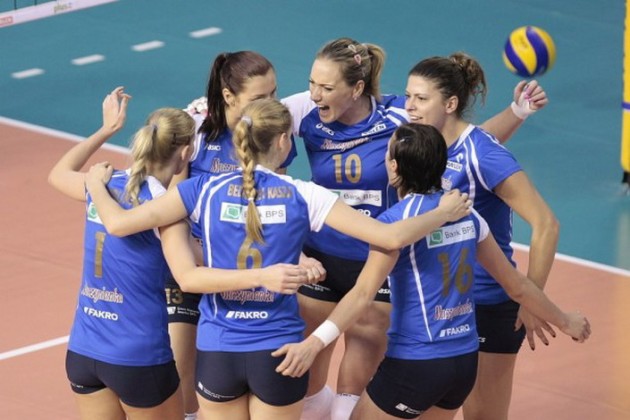 Aleksandra Jagielo (Bank BPS Fakro MUSZYNA captain) “We realize that a team from Bydgoszcz is formidable opponent on their territory. KS Palac has a very strong athletes who play fast ball on the wing. We won 3-0 and this three points have strengthened us in the first place”.

Magdalena Mazurek (captain Palac Bydgoszcz): “Congratulations to the team of Muszyna. It is a very good team. It should be noted that at this meeting there was a lot of young girls who got a chance to show up with such a good opponent”.

Bogdan Serwinski (Bank BPS Fakro MUSZYNA coach): “In January we had a very good run and I was wondering how will we start the new month. I am glad that we started very well”.

Rafal Gasior (KS Palac Bydgoszcz coach): “I congratulate BPS Fakro MUSZYNA on three points. As previously noted here the service was the deciding factor. If you do not have good reception you will lose. Service prevailed that we could not play quicker ball. We realize that the MUSZYNA team is a very good team. Thank you fans who came to the meeting”.