One of the most successful Volleyball clubs in Poland – PGE Skra BELCHATOW – joined forces with 2013 Volleyball England champions Polonia LONDON. 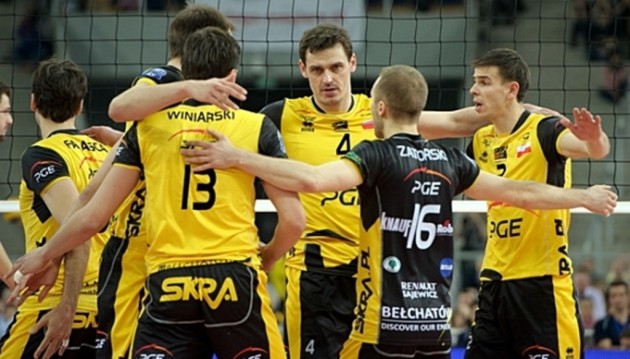 Both clubs want to build a strong cooperation based on mutual gains and one of many great outcomes is a friendly match between both teams to be played in Poland later in 2013.

PGE Skra BELCHATOW are the seven times gold medalists of the Polish Volleyball League, and former runners-up of the CEV Volleyball Champions League and FIVB Club World Championship, which makes them one of the most decorated Volleyball sides of the past decade.

Polonia is the 2013 Volleyball England champion. With its roots stretching back to 1973, Polonia VC grew from a local group of Polish friends who wanted to carry on playing Volleyball in London.

These days the club has become one of the oldest and most popular Volleyball clubs in Great Britain. “Our mission statement clearly states that we aspire to become the best European club when it comes to the sport and to organizational achievements. Both clubs – PGE Skra and Polonia – have high aspirations and we decided to meet halfway to exchange our experiences and thoughts” said PGE Skra Chairman Konrad Piechocki.

The clubs will exchange their knowledge of the sport, also in terms of development and marketing. The main aims of the cooperation agreement are the rapid expansion of Volleyball in the United Kingdom, the promotion of PGE Skra BELCHATOW outside Poland and to exchange knowledge among the respective coaches. There are mutual joint visits planned where further negotiations and developments may follow.

This is the first cooperation on this level in the history of Volleyball England – PGE Skra has similar agreements with two other high-level Polish Volleyball clubs, AZS CZESTOCHOWA and Delecta BYDGOSZCZ.