Atom Trefl Sopot got a new player at the receiving position. American Kim Hill tied to the Polish champions with an annual contract. 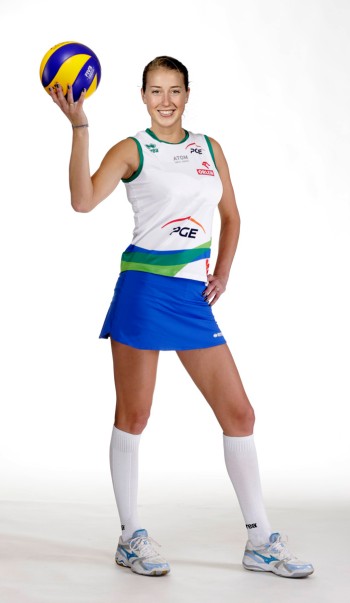 Atom slightly closes the composition of the team for the next season. New addition to the champions of Poland is a member of the national team of the United States, who received the call to the US 22-member squad for the World Grand Prix tournament.

Polish champion fans may be able to see a new acquisiton in the action at the beginning of August, in the USA match against Poland.  That is when, the most likely, Hill (1989, 1.93 m) will be welcomed by the players and coach from a new team. The head coach of the Polish national team Piotr Makowski has called three Atom girls for the World Grand Prix among 22-member composition of white and red: Isabella Bełcik, Justina Łukasik and Zuzanna Efimienko.

In the attack Hill has a range of 3.20 m, and in block 3.10 m. Position of the player is the receiver, but the Atom coach Teun Buijs says  that the American is a very universal athlete.

To read more news from this country, click on Poland. Check out Transfers 2013.