Grzegorz Szymański, 35-year-old opposite returns to Indykpol after four seasons. 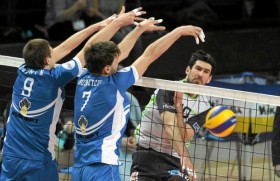 Szymański spent last two seasons in Politechnika Warszawska and decided to return to Indykpol AZS Olsztyn, where he played in 2007-2009.

In Olsztyn he will replace Tomasz Józefacki, who had just terminated a contract with Indykpol.

Grzegorz Szymański was a member of the Polish national team from 1998. to 2007 and during that period he played 151 matches in the jersey of the national team.

For more information about Grzegorz Szymański, check out his WoV Community profile.

For other news from this country, click on Poland.