The Polish web site has chosen the top five coaches of PlusLiga in the 21st century. 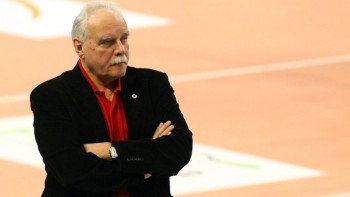 On the fifth place is Andrzej Kowal. On fourth position they put Italian coach Roberto Santili who coached Jastrzębski Węgiel three year ago. Ireneusz Mazur is the third best coach of the 21st Century. He trained AZS Czestochowa and PGE Belchatow, where he won two Polish Championship titles with Belchatow in 2005 and 2006.

On the second position is Daniele Castellani who won three titles with SKRA Belchatow (2007, 2008, 2009). Also, he claimed third plase in CEV Champions league in 2008. Last season, he was a coach of Zaksa and he won national cup and reached semifinals of the CEV Champions league.

The best coach of the 21st century who was chosen by polish web site is Waldemar Wspanialy. He is the creator of powerful team Zaksa Kedzierzyn Kozle in the beginning of this century. He won four Polish Championships, three national cups and was three times on third place in CEV Champions league.

GP: Gido Vermeulen – “Kazakhstan surprised us with their game”

POL M: Srećko Lisinac was the one...