Lukasz Zygadlo might return to PGE Skra Belchatow after 12 years! 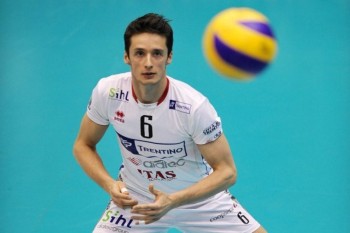 Zygadlo played for Skra in 2002/03 season and then their paths separated. But, 12 years after two sides may reunite! Gazzetta Dello Sport writes that famous club from Belchatow is very interested to sign Zygadlo, who lost the position of the starting setter in Trentino.

Polish player spent most of the Serie A Playoffs as a substitution, because young Simone Giannelli simply exploded and definitely secured his spot in the starting lineup of Trentino for many years. Therefore, it is expected that Zygadlo leave the squad, while Skra needs one more setter as Aleksa Brđović went to Gazprom Yugra.

Still there is a question – Who would then be the starting setter of Belchatow, Lukasz Zygadlo or Nicolas Uriarte?