The national volleyball team of Brazil have scored the first win at the World League Final Six! They downed Italy in straight sets at tournament’s opening 3-0 (25-18, 25-20, 25-19). 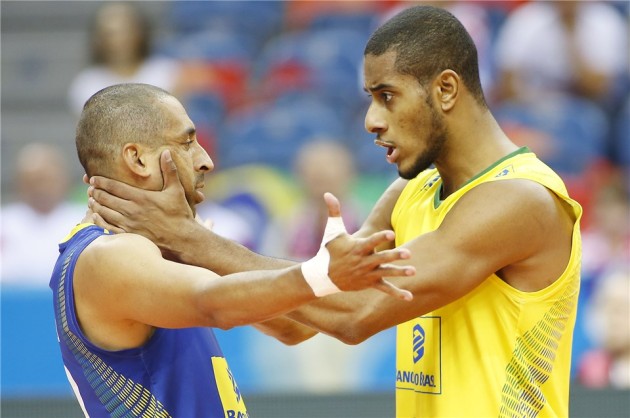 Follow live play by play coverage below. Also, do not forget to follow our LIVE World League 2016 blog!

16:14 – Wallace with a good spike. Brazil had lead at the second TTO

15:14 – Not good moment for mistake. Giannelli sends ball out of bounds,

13:13 –Wallace  tries to surprise the rival with the short serve but…

12:10 – Another mistake by the Italians… Blengini calls for time-out

7:5 – Brazil had three point lead but Mauricio Borges  made mistake from the service line

5:4 – Saatkamp with another first tempo bomb

3:3 – Is this a war of the middle blockers! Saatkamp scores

2:3 – Birarelli answers on the other side

1:1 – Then the same player makes the mistake

1:0 –Lucarelli  opens the set with an ace

After ten minutes of pause between second and the third set, the teams are ready to play!

20:17 – Great spike by Wallace de Souza  to keep Brazil ahead

19:16 – Italy trailed only by two, but Birarelli  send the ball out of bounds from the service line

18:14 – Juantorena ruins another chance for Italy to decrease the lead.

16:9 – Italy are a great team but we doubt they can return into this set…

12:8 – Lucarelli scores an ace on the other side

10:6 – The Italian national team is not in the mood today. Blengini asks for one more time out, to try to wake up his players. Otherwise, Brazil will take 3-0 win

8:6 – Bruno Rezende scores an ace! Italy ask for video challenge but the ball hit the line!

4:4 – What a defense of Brazil , counterattack, but Italy’s triple block stops it

2:2 – Someone of the Brazilians has touched the net. All tied

2:1 – Finally there is an answer of Italy

2:0 – Brazil continue in the same rhythm

25:18 – What a finish by Brazil! Bruno Rezende finds Mauricio  Souza to take the first set!

22:18 – Zaytsev had the opportunity to decrease the result but he sent ball wide

16:12 – BOOM! Wallace sends bomb to the other side to earn the biggest lead of his team so far in this game

13:11 – Wallace answers on the other side with a strong spike

12:11 – Two amazing moves by Buti! Firstly, he scored first tempo point, then he made a huge block

10:9 – Birarelli tricks the defense of Brazil

9:7 – Brazil score three points in a row to take the advantage!

5:5 – All tied. Borgesis preparing to serve

3:4 – Bruno Rezende uses opportunity to smash the ball after poor reception of Italy

The game has been started!

17:14 CET – Both teams are on the court, warming up for the game. Here are the official squads for this game: 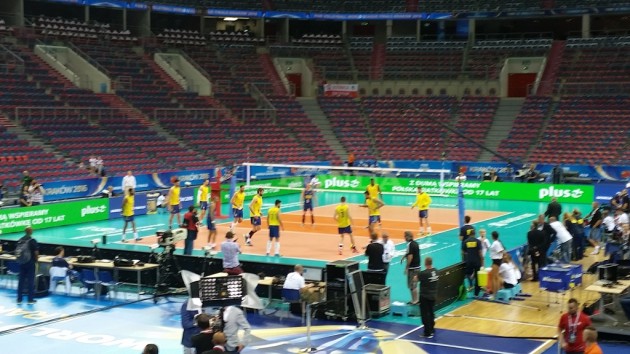 16:00 CET – After Serbia’s practice, organizers started preparing the arena for the matches. There will be choreography, as you can see below on the picture. 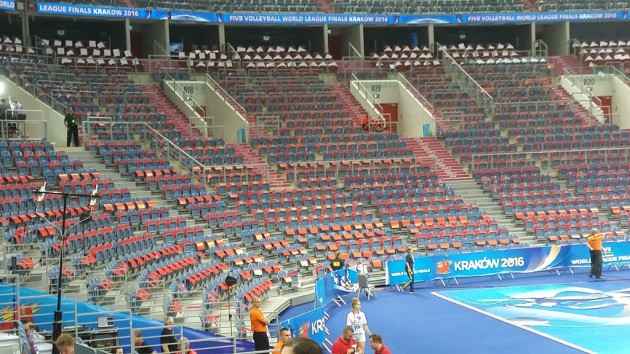 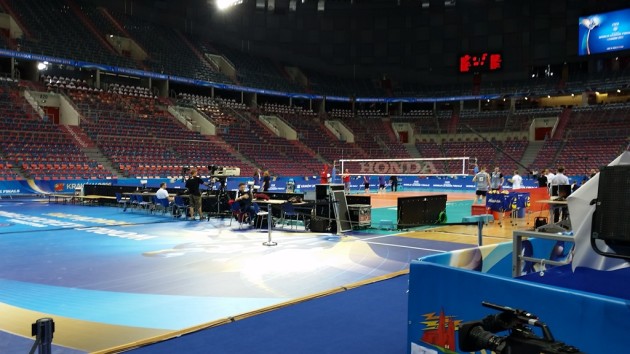 Miljković for WoV – I’m trying to solve situation with Lube…”