The International Volleyball Federation (FIVB) received an application from Poland for the organization of the 2017 FIVB Men’s Volleyball Club World Championship. The decision should be taken next week. 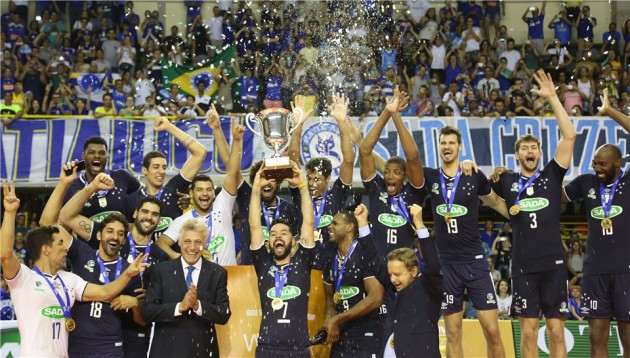 As „Przegląd Sportowy“ revealed, three cities are candidates to host the tournament in May 2017 of which two will be chosen – Bełchatów, Kędzierzyn-Koźle and Rzeszów – whilst the semi-finals and finals would be played in a larger hall, most likely “Tauron Arena” in Kraków. And this is not all. Poland wants to organize next three Club World Championships! In case they got organization of the tournament in 2017, Poland will request two guaranteed spots as well as two of three wild cards for its clubs.

So far, World Club Championship was held in Italy, Qatar and Brazil while some Polish team competed the last time, four years ago – Skra Bełchatów. Overall, Polish teams have grabbed four medals at this tournament – Skra won two silvers (2009, 2010) and one bronze (2012) while Jastrzębski Węgiel took one silver (2011).

CL M: Perugia getting ready to organize F4 of the Champions League

This is way Poland needs him again:...