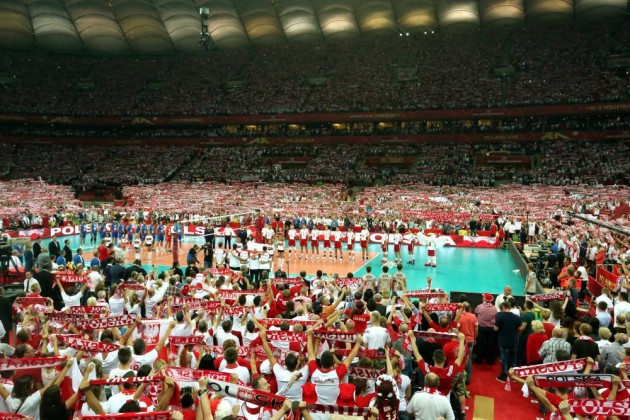 As “Super Express” revealed, opening match of next year’s CEV European Men’s Volleyball Championship, which will be held in Poland, will probably be played on football’s “National stadium” in Warsaw! According to the information of “Super Express”, talks on this matter are close to be finalized.

If this happen, it will be the second time that a volleyball match is played on the same venue. In August 2014, at FIVB World Championship opening, Poland hosted Serbia in front of nearly 62,000 spectators. It was a historic World Championship attendance record.

Interestingly, if 2017 EuroVolley opening (August 25, 2017) occurs at “National stadium”, same teams will clash as in 2014 opening! Poland and Serbia are again scheduled to begin the tournament.