Head coach of Zaksa Kedzierzyn-Kozle Ferdinando De Giorgi has talked about big victory of his team over PGE Skra Belchatow in the final of Polish Cup. 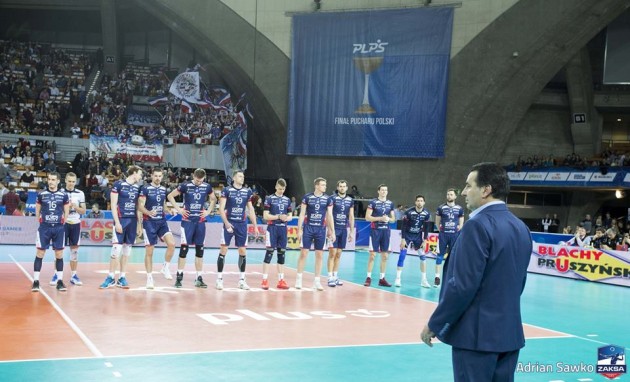 “I’m happy that we have won the Polish Cup, but most of all I am proud of how the team played during those two days. I’m very pleased with the attitude of the players and with the way they got into this final game. Also, that respond after losing the second set makes me very happy”, says Ferdinando De Giorgi.

“It taught us that even at the result 24:18 we can’t think that we won the set against team such as PGE Skra Belchatow. It is interesting that we maintained focus after this set and even played better. I am satisfied with the work and staff, including medical. We worked very hard over the past two days. We had some problems but our staff knew how to solve them”, adds De Giorgi.

MIRACLE: Ngapeth uses Petric’s foot save and turns it into brutal spike (VIDEO)

CL M: Nekola – “We will fight to get some more points”