In the 10th round match of PlusLiga Lotos Trefl Gdansk played at home against PGE Skra Belchatow and lost in straight sets 0:3. Read latest volleyball news on Worldofvolley.com. 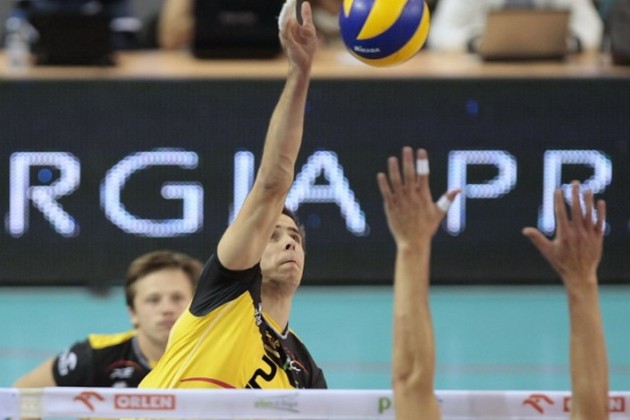 PGE Skra Belchatow volleyball players defeated LOTOS Trefl Gdańsk with 3-0. All three sets were similar, and the advantage in experience and skill made Belchatow team return home with three points.

Coach Jacek Nawrocki has decided to Mariusz Wlazly on this match play at attacking position. In this situation, in the starting lineup he appeared next to Michal Winiarski and Michal Bąkiewicz. Among the remaining reserve was Wytze Kooistra, who entered on the pitch as a second attacker.

All sets start from leveled the game, but with the time PGE Skra players gained advantage and finaly down at the ends of sets. Very well and effectively in the attack played Karol Klos, skillfully working with Paweł Woicki. Belchatow have an advantage over a Trefl LOTOS team especially in the adoption and block. In the middle of the last set LOTOS Trefl probably stopped to believe in victory, and Belchatow very skillfully took advantage and win the match.