POL M: Piazza remains at helm of Skra who will fight for 10th Plus Liga title next season

Roberto Piazza will remain at the helm of the reigning Polish men’s volleyball Plus Liga champions PGE Skra Bełchatów. 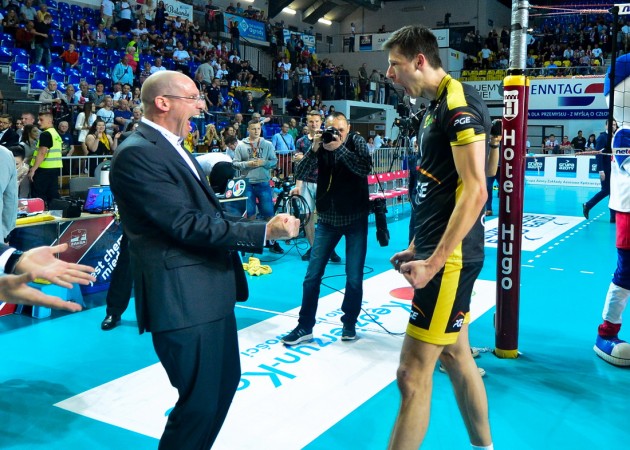 Just at the anniversary of working in PGE Skra Bełchatów, an Italian expert Roberto Piazza renewed his contract with the current Plus Liga champions.

“I am happy that I will stay in Skra family for the next season. We all did a great job in the 2017/2018 season. We will repeat this work to defend the championship and reach for the 10th title,” Piazza, the fourth foreign coach in the history of Skra, said.

Interestingly, a 50-year-old expert accomplished the most when it comes to titles while acting as an assistant coach. Piazza won the Champions League 3 times, Italian championship 7 times, and Italian cup 4 times – all with Volley Treviso. Upon leaving his home country in 2007, he took the role of an assistant in the Russian side Dinamo Moscow with whom he took the national title. Two years later he became the head coach for the first time as he returned to Sisley.

VNL W: Week 3 is over; USA on the top while Serbia won Balkan derby