Russian athletes, including volleyball players, at serious risk of being excluded from Olympics!

The serious doping-related scandal has hit Russian sport and may affect the country's volleyball as well! 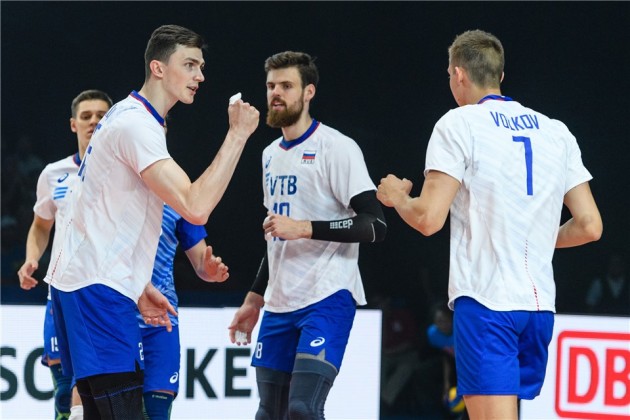 Russian athletes may be banned from competing internationally, including the Olympic Games next year, and the country may lose the right to host major tournaments, TASS reported! This outcome is on the horizon due to the fact that the Russian Anti-Doping Agency (RUSADA) is in danger of losing its compliance once again. The Executive Committee of the World Anti-Doping Agency (WADA) is going to take serious sanctions against Russian sports and the list of the exact measures that will be taken will be known on December 9, the Director General of RUSADA, Yuri Ganus, stated for TASS. More precisely, the WADA Compliance Committee recommended that the Executive Committee should exclude RUSADA from a compliance status.

RUSADA risks losing compliance due to changes that were found in the Moscow laboratory database. The database contains the results of testing doping samples of Russian athletes for the period from 2012 to 2015. Maintaining the integrity of the database was a condition for the restoration of RUSADA compliance in September last year. The base was transferred to WADA in early January and had many inconsistencies. If RUSADA again loses its compliance, Russian athletes may be banned from international competitions, including the 2020 Olympic Games, and the country may lose the right to host major competitions.

For Russian volleyball, this would mean the absence of both male and female national teams from volleyball tournaments in Tokyo as well as canceling the organization of the 2022 FIVB Men’s World Championship.

POL W: Antiga’s ladies fall to Chemik who remain only undefeated side in charts

Good. WADA has more than enough evidence that Russia has NOT learned its lesson and continues to cheat and be NON compliant. This State Sponsored corruption has to stop. If the Athletes are allowed they will probably be forced to compete under the Olympic Banner. The apparent charges and suspensions against Russian officials were so wide in range.

Stop reading mainstream media as they have political motives.

The committee has spent several years investigating Russian compliance with global antidoping rules after the earlier scandal, which stemmed from revelations of a state-sponsored doping program that was remarkable for its scale and sophistication. The committee concluded that Russia had deliberately manipulated a database of test results to conceal failed drug tests by Russian athletes, and that it had fabricated evidence in an attempt to shift blame for those changes to former Russian antidoping officials.
I do feel bad for the Russian Athletes who are clean and caught up with this mess but if they are allowed to compete in Tokyo, I doubt other countries athletes will be very supportive and understanding and rightfully so. I know the volleyball world is pretty tight and friendly but the line has to be drawn when we see STATE sponsored doping.