Iskra Odintsovo lost to Zenit Kazan in straight sets 0:3. Maxim Mixailov decided the second set. Vladimir Alekno commented the game. With this win Zenit caught Lokomotiv Novosibirsk on the top of the Superliga table. Matthew Anderson and Gavin Schmitt were the top scorers. 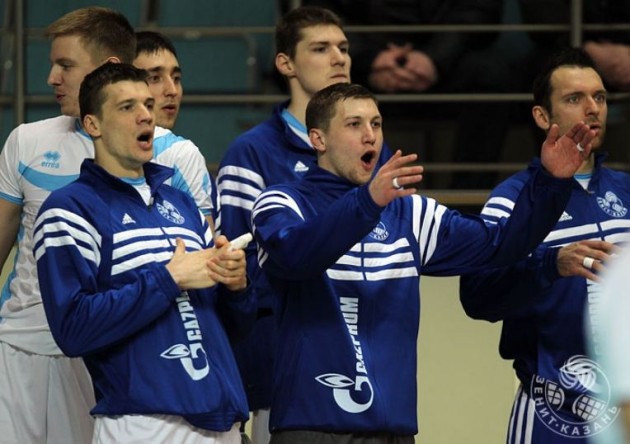 However, Maxim Mikhailov did not allow his opponents to celebrate success. His attack was decisive to win the second set 27:25. Matthew Anderson scored 21 points, Gavin Schmitt scored 18.

“I had concerns, is there enough power in the guys after challenging “Berlin“. Fortunately, they had, and all went well” Vladimir Alekno said.

Zenit caught “Lokomotiv” Novosibirsk in the table. Now they both lead the Superliga with 34 points.

For more news from this competition click on Russia.