Switzerland faced Russia for the opening game on Friday at the Montreux Volley Masters 2013. The surprising Swiss team, who played very well on Tuesday against Brazil, was rather absent. The best scorer was Daria Isaeva with 14 points, while for the Swiss we can highlight the very good performance of Laura Unternährer with 14 points as well. 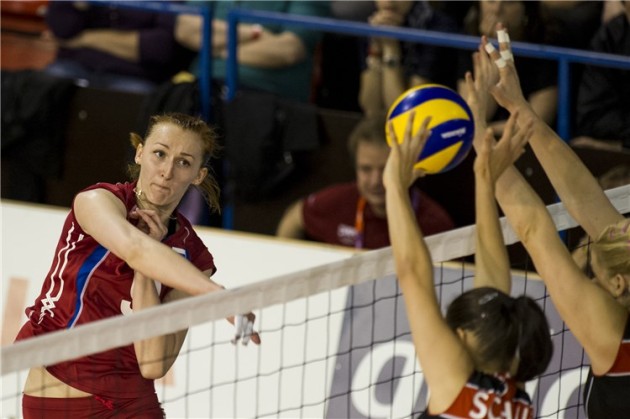 In fact, the Russians won the first set 25-9 without much effort. The Swiss seemed to need time to get use to the Russians’ game and finally came back in the second set. They resisted to their opponents and were leading the set until 18-19 but finally lost it 25-22.

The third set was less decisive, even if the Russian team was leading the whole set, the Swiss girls were just behind their rivals, being short of only 2-3 points. The Russians qualified by winning the last set 25-17.

Each team made 14 direct errors but the difference between the Russians and Switzerland is noticeable in the number of kills with 47 and 28 respectively. On the Russian side, the best scorer was Daria Isaeva with 14 points, while for the Swiss we can highlight the very good performance of Laura Unternährer with 14 points as well.