WCHJ W: Russia enters the quarterfinals with a 3-0 win against Egypt

The difference of positions in the world ranking between Russia (18th place) and Egypt’s 12th did not showed up much on Wednesday in Vodova arena, when the U20 squad coach by former national team star Svetlana Safronova beat Egypt 3-0 in straight sets (25-14, 26-24, 25-13). Read latest volleyball news on Worldofvolley.com. 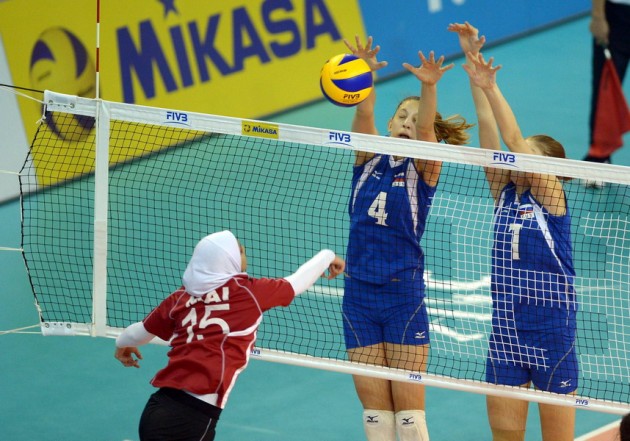 Despite the victory, Russia performed in many moments with lack of motivation, being often punished by the Egyptians.

After the 25-14 of the first set, it was almost another team, showing great grit and spirit, the red-shirt Egypt which entered the court for the second set. Russia was stunned by the Africans’ blocks (5) and attacks, especially the ones performed by wing spiker Mai Moustafa (5 points in this partial of the game). Only after several minutes the Russian girls realized to be far from their standard. Once they scored  the point for a 24-all, the set was solved by a block by Olesya Nikolaeva and a zone 4 attack by Irina Voronkova.

A less squanderer Russia led the third set, with Egypt libero Perihan Eldeeb performing some really nice digs to contain the Europeans’ spikes: Irina Voronkova (18 points) and Kseniia Ilchenko (16) were the most dangerous at the net.

Russia coach Svetlana Safronova: “The result is comfortable for us. It was not a difficult match and we relaxed too much during the game. Maybe this is also the reason of our failure in the second set.”

Egypt coach Hesham Badrawy: “We played a very good game in the second set and we could win it. By winning this set we could play well the other sets. Our experience is unfortunately not considerable. We lost the second set and this was probably the reason why we didn’t play with the same quality the last part of the match.”

Egypt captain Farida El Askalany: “I know that in the first and third set we could have play better. In the second set we led till 24-24 and we could win this. However, Russian girls have more experience than us. They definitely played more matches, so they are able to win a set even if the opponent is clearly leading.”