The head coach of the Russian woman’s team, Yuri Marichev, decided which players are going to Brazil for the first round of this year’s Grand Prix. Russia announced GP squad. 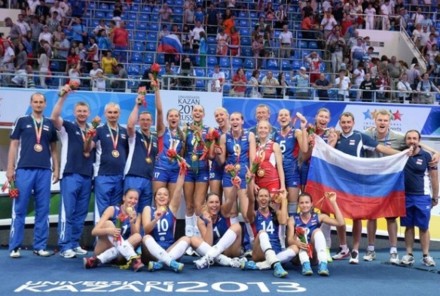 Players for the first round of Grand Prix which will be held in Brazil are:

Marichev was very worried about injuries that his players suffered.

„Unfortunately Dianska won’t be able to play in Brazil. Originally we announced 14 players but the two girls can’t help us. In best case scenario, Orlova will play in the second half of August because of the broken finger. Svetlana Kryuchkova is still worried about her elbow injury so she decided not to risk her health and take some rest too”.

Even with injuries accounted, Russia is still considered as one of the top favourites to win Grand Prix.