London’s Olympic volleyball champion Dmitriy Muserskiy, who is also the member of Russian team who won CEV 2013 Men’s European champion, is recognized by viewers of TV channel “Russia 2″ and visitors of Sportbox.ru as the best athlete in September as part of the “Golden pedestal”. In the final, he beat up 8 percent of the world champion in freestyle wrestling Khadzhimurat Gatsalov. 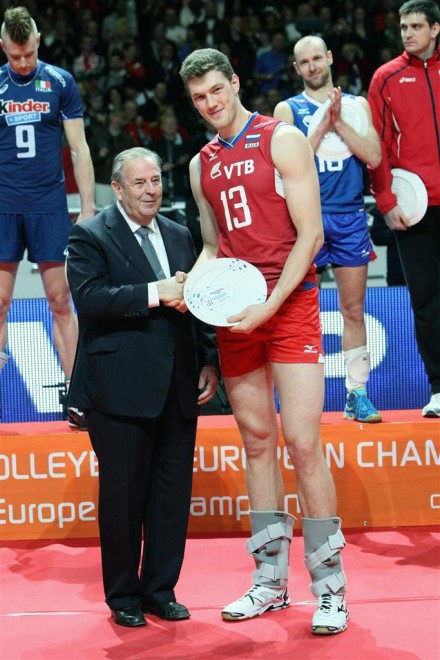 In CEV 2013 Men’s European champion, middle blocker of the Russian team – Dmitriy Muserskiy was the MVP of the tournament. Now, on account of Muserskiy are the titles of Olympic champion, the winner of the World League, World Cup and European Championship, which nobody won in the recent history of the Russian national team.