Even Russian volleyball journalists were stunned when they saw guy named Kirill Makeshin in the roster of Belogorie at the start of the new season. 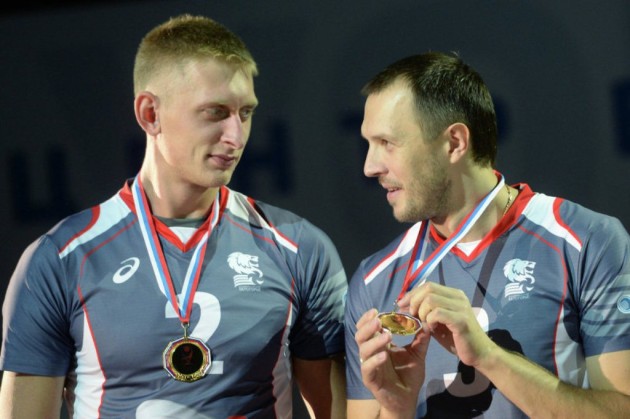 This 212 cm high player immediately got nickname The New Muserskiy, but who is he actually? Kirill Makeshin was born in Ukraine, 25 years ago. He has played volleyball in his home country, until Belogorie scouts noticed him on one friendly tournament two years ago.

Ukrainian middle blocker arrived in Belgorod, but he could not play due to foreign limit in Russian Championship, so he stayed practically invisible… Until this season.

Makeshin has decided to change citizenship and he now has Russian passport, which enables him to play as a domestic player in Belogorie.

Now we will see if Gennadiy Shiipulin has once again made fantastic move, and signed top middle blocker. As he did with Dmitriy Muserskiy…

WCH W: Digging lessons with music along the way (VIDEO)