Attacker of Dinamo Krasnodar and the Russian national team, Tatiana Kosheleva, needs surgery on the meniscus, which will be made as early as Wednesday, said Yegor Nozdrin from the R-Sport agency. 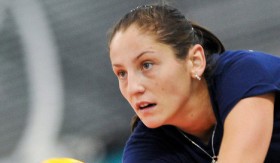 On Tuesday, Kosheleva flew to Munich, Germany, as she has a back injury worsened. According to most volleyball players, she had hoped it would be possible to avoid surgery.

“Tatiana has an injury related to knee and back. Aggravated the situation that in Ankara on the first qualifying tournament in which our team was involved, she has strongly hit a knee and has damaged a meniscus. Therefore, in parallel with the rehabilitation and restoration of the lumbar decided to perform the surgery on the meniscus to this problem is no longer worried” – said in a telephone conversation Nozdrin.

According to the source agency, recovery after surgery should not take so much time.

“The operation is not that serious. A few weeks later Tatiana will be able to start training. During this time, just back with result in more or less normal state” – he explained.

Agent volleyball players has added, that about necessity to do surgery of Kosheleva learned only on Wednesday.

“Yesterday she had just arrived, was placed in hotel. This morning was a comprehensive inspection which has shown that in addition to problems with her meniscus, which is necessary to operate” – said Nozdrin.

RUS M: Dinamo Moscow will sign an agreement with Krivets