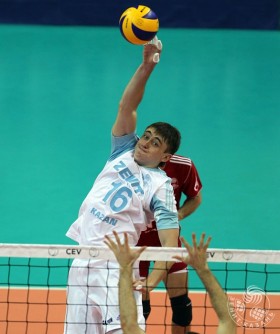 In season 2011/12 Gutsalyuk has won the Champions League and the gold medal Super League with Zenit Kazan. Earlier in season 2009/10 when Alexander played for Gazprom-Ugra, he had the best blocking statistics. In 2011, as part of a University team of Russia he became the champion on the World University Games in China.