Six major teams will gather in Belgorod, and all of them will have only one wish - to raise the trophy of the Russian Cup. 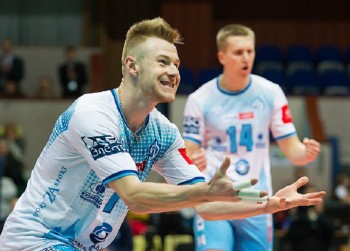 Volleyball fans from all over the world are eagerly awaiting the start of the final tournament of the Russian Cup, so they can watch many outstanding players at one place. However, one star might not be on court. Championat.ru writes that it is still not clear whether Ivan Zaytsev will be able to play on the F6. He is recovering from an ankle injury.

“The situation will be clearer next week. There is not much time, but we are making a lot of effort to speed up things and make Ivan ready for the final tournament. On the other side, Holt is fully recovered, he played the whole game in CEV Cup, while Grankin should also be ready” stated Yuri Marichev, head coach of Dinamo Moscow.

Final tournament of the Russian Cup starts on December 23 and lasts until December 28.

WoV Poll: Who’s right in conflict between FIVB and Brazil?

CL M: Do you know who joined Dream Team of 4th round (VIDEO)?