WoV Poll: Who’s right in conflict between FIVB and Brazil?

Brazilian volleyball was shaken by a major crisis. Players of the national team are having a bitter struggle against the leaders of the Brazilian Volleyball Confederation (CBV) over corruption and at the same time, the International Volleyball Federation (FIVB) swooped on those same players... 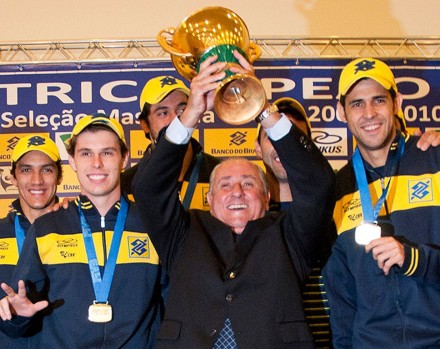 Murilo, Bruninho, Gustavo and other legends of the Brazilian volleyball want the resignation of the members of CBV for evidence that they were guilty of corruption. Not only that. They have threatened to boycott playing for the national team.

However, what upset the Brazilian players even more were the FIVB fines to them and the head coach Rezende due to incidents at the World Championships in Poland. It struck them so much that the CBV announced it would cancel the organization of the World League Finals 2015.

Also, players are repeating that they feel betrayed by Ary Graça, their compatriot at the head of FIVB.

FIVB has threatened to suspend the national team of Brazil for a year if the CBV cancels organization of the WL Finals and believes that the fines were well deserved.

Question in our new Poll is: Who do you think is right in this conflict – FIVB or Brazil?

Also tell us your opinion on WoV Forum.

Be free to leave your comment on this topic!

As a Brazilian I understand the frustration of the national team athletes about what happened in the world championship, however, if there are rules of discipline, and one committee to judge, they must simply accept their sentence because they acted wrongly in accordance with those rules. I see other athletes from different countries being punished equally.
As regards to Mr. Graça, he only increased the border to his scams and now operates worldwide. Here I fully agree with the Brazilian athletes, and i think the world (not the website) of volley must be alert to his acts.

DOSSIE VOLEI: Bernardinho was helping in the...